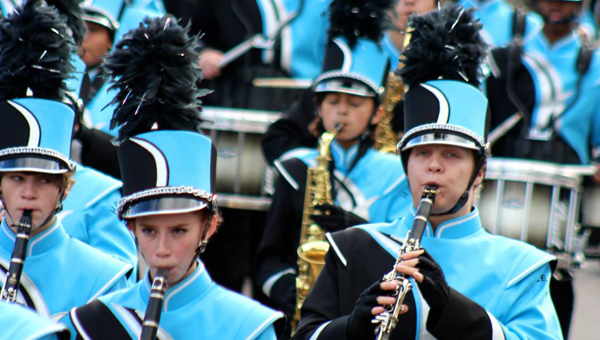 “It’s kind of two-fold,” HHS Director of Bands Jeff Burnside said of the fundraiser, which consists of a loaded baked potato bar followed by a Christmas program performed by the HHS concert bands.

From 5 p.m. to 6:45 p.m., a loaded baked potato bar will be set up in the HHS cafeteria. For $12 per person, guests can choose from a variety of toppings and barbecue for their potato. Potatoes can also be eaten at the cafeteria or be taken to go.

The various HHS bands will provide musical entertainment throughout the evening.

Following the loaded potato dinner, the HHS concert bands will perform Christmas music in the auditorium from 7 p.m. to 8 p.m.

“At 7 p.m., our two concert bands are going to play their regular portion of the Christmas concert,” Burnside said.

In addition to the loaded baked potato bar, the HHS band will also be selling barbecue Boston Butts for $35, ribs for $25 and pies for $20.

Meat sales and tickets can be purchased through any HHS band member or by calling the HHS band room at 682-3657.