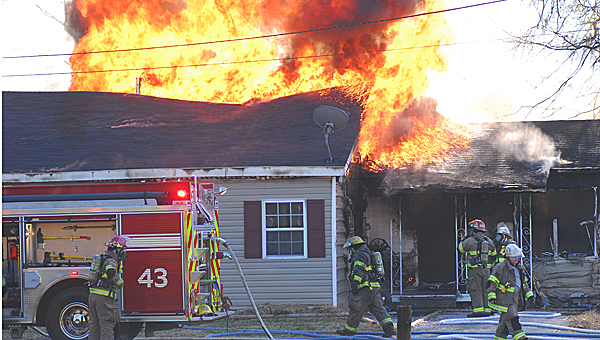 COLUMBIANA–Multiple fire departments responded to a house fire at approximately 11 a.m. on Thursday, Dec. 11 that left a dense haze over downtown Columbiana for much of the morning.

A fire destroyed a house at 103 Hughes Street in Columbiana, where the Columbiana and Wilsonville Fire and Rescue departments responded to the scene.

A police officer on the scene said a man was asleep when the smoke from the fire woke him up. All occupants in the house were able to escape, and no injuries were reported in the incident. As of Dec. 11, the fire departments were still investigating the cause of the blaze.

A gofundme account has been established for the Lett Family who lost their home. You can visit the website and make a donation at gofundme.com/iqnpxo