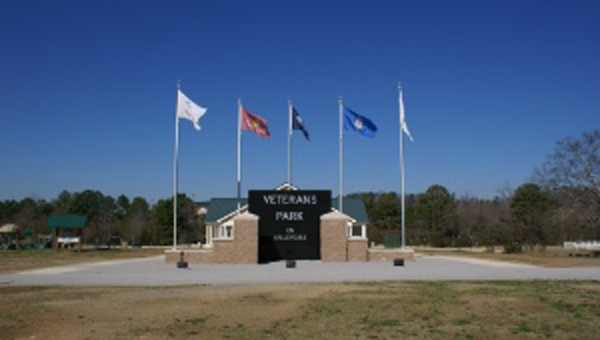 USATF Alabama recently won the bid to hold the event once again at Veterans Park in Hoover, located on Valleydale Road in Shelby County.

“Bringing this exciting national competition back to Alabama reflects the National USATF confidence in the sponsors and their hospitality and the quality of the cross country course at Veterans Park,” USATF Alabama President Molly McGregor wrote in a press release.

The event, which draws athletes from across the country, has grown significantly in size since it was held at the same park in 2010, the release said.

“The National Cross Country Championship is expected to have nearly a thousand more entries than in 2010 totaling over 3,000 runners between the ages of 8-18,” the release said. “Attendance will include the runners plus their coaches and families and fans, potentially topping 10,000.”

Many visitors could stay two or three nights in Hoover and Shelby County hotels for the event.

USATF Alabama is again partnering with the city of Hoover, Shelby County and the Greater Birmingham Convention and Visitors Bureau, all of which sponsored the event in 2010.

The bid was awarded to USATF Alabama recently in Anaheim, Calif., by a vote of the USATF Youth Committee membership.

“We won the bid, competing against Ames, Iowa, Baton Rouge, La., and Lincoln, Neb.,” McGregor said. “Our success was primarily due to the fact that Hoover’s Veterans Park has a dedicated cross country course, is centrally located in the U.S., and the average race time temperature in central Alabama is 56 degrees.”

Hoover Mayor Gary Ivey said the city was proud to be chosen as the host site for the 2016 event.

“We look forward to welcoming the participants, staff and fans to the city for this prestigious event that will feature some of the most talented junior athletes in the nation,” Ivey wrote in the release. “Our staff will work hard with the local organizing committee to ensure this is a memorable experience for both the athletes and attendees.”

Shelby County Manager Alex Dudchock said the county is “pleased” to host the event because of “the success of the 2010 championships.”

“This is another exceptional national event coming to Shelby County, made possible through the collaborative effort among public and governmental entities,” Dudchock said in the release. “Shelby County and the city of Hoover’s common goal is to boost economic impact with regional and national tourism initiatives, and we expect thousands of cross country enthusiasts to enjoy all the amenities of our area during their stay.”

McGregor said two years remain to solidify all of the details for the “all-volunteer event,” which cross country enthusiasts are invited to participate in hosting.

“It is all about the love of the sport and giving young athletes the opportunity to compete and achieve their best,” she said.

The Shelby County Sheriff’s Office has arrested a North Shelby man in connection with a Dec. 14 shooting. (File) By... read more