BIRMINGHAM – A 17-year-old Birmingham teen is being held in the Jefferson County Jail without bond after he was charged with capital murder and robbery in connection with the beating death of a 63-year-old pizza delivery man. 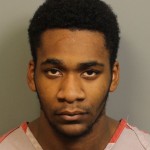 Arrington was arrested nine days after Birmingham Police officers found Najeh Masaeid, 63, lying in a breezeway at District at the Summit apartments in the 900 block of Summit Place at about 7 p.m.

Masaeid appeared to have suffered a blunt force trauma to the head, according to officers.

Masaeid, who lived in Shelby County, was a pizza delivery driver for Domino’s Pizza and was reportedly delivering pizza to an apartment in the complex, which is near The Summit shopping center.

Arrington’s capital murder charge is connected with Masaeid’s death, while the felony robbery charge was connected with a previous robbery at the same apartment complex.

Capital murder is a Class A felony. If convicted of the crime, Arrington could face life in prison without the possibility of parole or the death penalty, according to Alabama law.

As of Dec. 31, Arrington did not yet have a court date listed in Jefferson County Circuit Court.

GSCCC expanding its presence in schools