COLUMBIANA–The need for Shelby County to have a full-time public safety system during crisis situations has been discussed and an update was given about the P25 radio system at the Shelby County Commission meeting on Monday, Dec. 22. 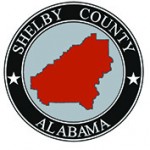 The P25 emergency radio system is scheduled to go live on Jan. 21. The system will primarily be used by Shelby County law enforcement and other first responders for public safety actions. (File)

The P25 digital radio system is a countywide operating system for county law enforcement and other first responders needed for public safety actions in Shelby County according to a hand out given at the commission meeting.

“The current system we have is really at the end of life,” Shelby County Chief Operating Officer Phil Burns said referring to the old radio system. “It was done in the ‘60s and it’s basically two VHF repeaters on a single channel. The one we’re going to is six channels, which is in itself pretty big.”

The need for a strong radio foundation during crisis situations is important to have in case there’s a failure with one or all of cell phone network coverage.

“A lot of times the public wonders why can’t they use their smart phones?” said Burns. “In disastrous situations, that’s the first stuff to go is the commercial stuff. That’s the importance of having a stand-alone system that’s not tied to a commercial thing.”

Based on the former system, 60 percent of county structures are in weak, poor or non-existent coverage. That breaks down to 71,810 out of 119,683 total building structures according to a presentation given at the commission meeting.

“One of our goals was to get a platform to work throughout the county that would work for first responders, law enforcement and emergency personnel for public safety and then establish that foundation for other entities,” Burns said.

The goal is to cutover live on the P25 Phase 2 on Jan. 21 according to the project timeline.