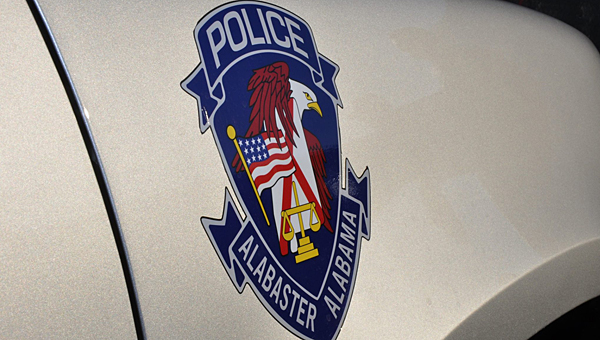 ALABASTER – As Alabaster Mayor Marty Handlon and Police Chief Curtis Rigney raced toward a report of a pedestrian being struck by a vehicle off Simmsville Road on New Year’s Eve, Handlon said she feared the worst.

“The call we got only said that a pedestrian had been hit by a car on Simmsville Road. The chief turned his siren and lights on, and we raced to the scene while I was fearing the worst,” Handlon said during a Jan. 6 interview.

When they arrived at the church the call came from, they were relieved to discover a “relatively minor” accident in which a car had bumped a pedestrian in the parking lot.

“That’s not what we were thinking when we were driving to the scene,” Handlon said. “It’s just an example of the uncertainty an officer faces when they get that 911 report.”

Handlon rang in 2015 with the Alabaster police officers who were working the night shift on New Year’s Eve, riding along with Rigney from 9 p.m.- 2 a.m. on what traditionally is one of the busiest nights for law enforcement.

Handlon said spending the evening mirroring the city’s police gave her a greater appreciation for the department and law enforcement in general. Because officers often receive only minimal details when responding to a call, they often prepare for the worst in every situation.

“I hear a lot of comments like ‘Does it really take two cars to pull someone over or five or six cars to show up to a report of a house party?’” Handlon said. “It really is all about safety. It’s not that they just don’t have anything better to do.”

Handlon also said she was surprised at the amount of preparation it takes to set up a police checkpoint. Before conducting the checkpoint, the department must provide justification to higher law enforcement entities proving the location warrants a checkpoint based on previous moving violations in the area.

“There is a lot of paperwork that has to be done in advance,” Handlon said. “They can’t just pick a location at random and decide to set up a checkpoint.”

Rigney praised Handlon for giving up a holiday at home to get a real-world look at police officers’ duties.

“I was appreciative that she took the time to do that,” Rigney said. “There aren’t a lot of mayors who would do that.”