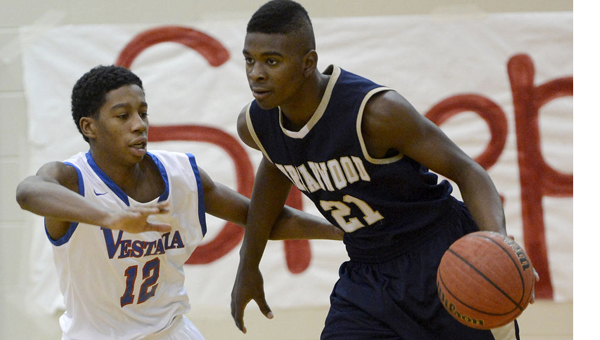 In the realm of high school athletics, it can be easy to lose sight of the true nature of competition. Sports have started to become increasingly year-round endeavors, forcing children to choose fewer options at an earlier age if they want to have a chance to compete in anything. This is held in contrast to days of old, where a sports season would run its course, then would allow its athletes to move on to the next realm of competition.

For private, Christian schools, this competition is simply another opportunity for them to live out the beliefs that they teach.

Briarwood Christian School believes they have a good balance of healthy competition in relation to their Christian values.

“We’re a Christian school, not a covenant school,” Briarwood Athletic Director Fred Yancey said in a Jan. 9 phone interview. “What that means is we don’t require our students or the parents of our students to necessarily be Christians, but that doesn’t affect how we teach and coach.”

Briarwood, which has a dangerously competitive boys basketball team this year, standing at 9-9 at the time of this article, puts a strong emphasis on their faith, according to Yancey.

“Whatever we are doing is an opportunity to represent the Lord and the school,” Yancey said.

“We want to win. We’re excited when we win and sad when we lose,” Yancey relayed. “We want our coaches to exemplify Christ and be believers in Christ, but they are very competitive and want to win every game they can.”

In a society that venerates winning at all costs, it is essential to keep the desire to be successful in check with what is really important, Yancey expressed throughout the interview. The Briarwood Lions believe their athletics are a representation of their faith, and that doesn’t make them want to win any less.

Kingwood Christian School basketball can compete with anyone