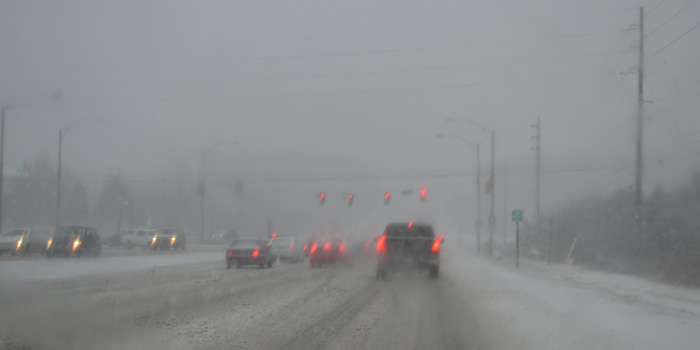 On the morning of Jan. 28, 2014, the Pelham Police Department and Pelham Public Works Department were preparing for some sleet and possible flurries coming off of a winter storm system that was supposed to be staying well to the north of the city. Extra police officers were on standby and it was a regular morning of school buses full of students and people driving to work.

Around noon, it became clear that the predictions for the weather system had been off and the winter weather began to move its way in to central Alabama. The temperature began to drop, the rain started to freeze and the snow began to fall. This day lives in Alabamian’s memories as “Snowpocalypse.”

Now, on the one-year anniversary of the storm, how is the city of Pelham better prepared to handle such a crippling event?

“The thing last year was that the entire thing was so unexpected,” said Larry Palmer, Chief Deputy at the Pelham Police Department. “Through weather reports, we were led to believe we were not in the storms path.”

Palmer said the police department and other cooperating municipalities have an emergency action plan they follow in these kinds of situations.

“We have a disaster event plan,” said Palmer. “It is a template you can apply in any emergency situation whether it be weather, terrorism, a chemical spill or crime. “

Palmer said this is what the police department followed last year, and it was very affective in the situation.

“Normally, we would be able to call on other city’s municipalities for help or assistance in an emergency,” said Palmer. “But in this case, there were no outside resources to call on due to the predictions being off. So we allocated our manpower to particular situations and some people may have had to wait for a response.”

The experience is what Palmer said has really affected the city.

“The most valuable asset is the knowledge you gain from experiences like that,” said Palmer.

The Pelham Public Works Department has made some changes and additions that will be helpful in case of another winter event.

“One thing that we have done is store snow and ice melt at the golf course to help that side of town,” said Eddy Jowers, the director of public works in Pelham. “We also bought another sand and salt spreader, and that should be a big help if anything like that storm ever happens again.”