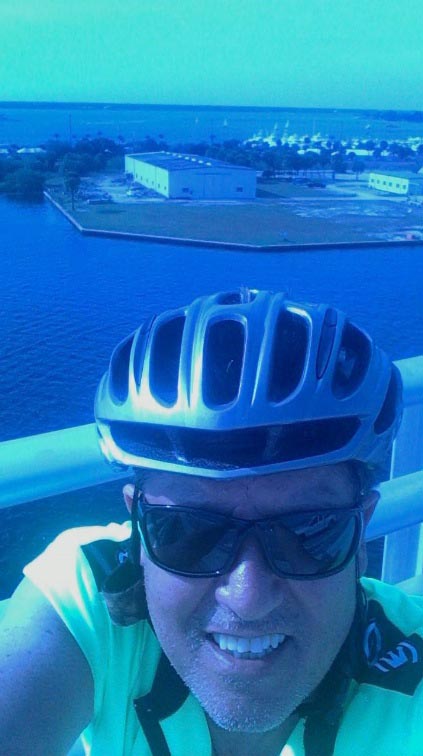 Anthony La Russa of Hoover loves to travel, but not in the way most people do. La Russa, 64, has just returned from his latest trip, a 600-mile bike trek from Birmingham, Alabama to Key West, Florida. This wasn’t LaRussa’s first rodeo, nor will it be his last. “My next one is to do Natchez Trace in Nashville, Tennessee to Natchez, Mississippi, which is about 450-miles long” says La Russa.

La Russa began his cycling escapades around 1990 for health reasons as he was initially just trying to lose weight and reduce his blood pressure. Since then, he has been riding every weekend and a couple of times during the week to maintain his exercise routine. La Russa competes in 100-mile rides called century rides, which are usually sponsored by companies or charities.

Perhaps his most purposeful journey has been his foray to Little Rock, Arkansas from Birmingham, Alabama when he was seeking treatment for multiple myeloma, a type of cancer that resides in bone marrow. What’s even more surprising is that the temperature was 17-degrees when he left home and the trip took four days to complete.

La Russa usually puts ample time into planning his adventures, as he finds routes where food and lodging are available every 100 miles or so. He usually rides about 105-110 miles a day from sun up to sundown. He eats his breakfast first thing at a hotel and dinner at night when he reaches his final daily destination. Protein and energy bars are usually all that’s for lunch as he eats on the go.

However, like every great adventurer, he runs into a few obstacles along the way. “I usually get flat tires and tubes here and there on a trip. Roads are rough on the tires. That and the weight of carrying everything” says La Russa. At 64, La Russa does not plan to slow down and wishes to continue indefinitely.