ALABASTER – A 32-year-old Alabaster man is facing up to 20 years in prison after he was arrested and charged with allegedly sexually abusing a child younger than 12 years old. 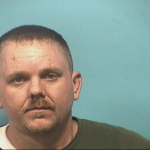 The Alabaster Police Department arrested Timothy Shane Lowery, who lists an address on Woodbrook Circle in Alabaster, on Jan. 29 and charged him with one felony count of sexual abuse of a child younger than 12.

According to his arrest warrant, Lowery allegedly subjected a juvenile to sexual contact on Dec. 15, 2014.

Sexual abuse of a child is a Class B felony, and is punishable by up to 20 years in prison upon conviction, according to Alabama law.

As of Jan. 30, Lowery was being held in the Shelby County Jail on a $30,000 bond. He did not yet have a court date listed in Shelby County Circuit Court.

Chelsea’s Aaron Washington drives into the heart of the Montevallo defense on Jan. 29. Montevallo mounted a second-half comeback and... read more