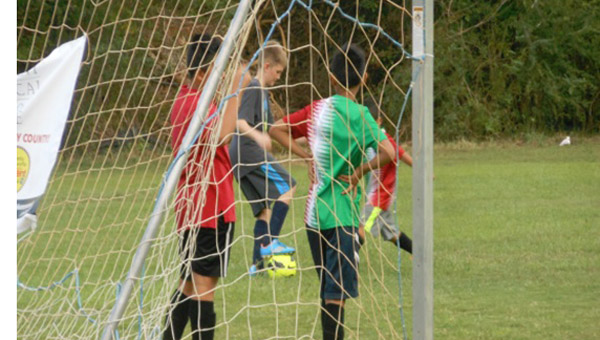 YMCA spring sports are getting ready to kick off. (Contributed)

PELHAM- The Pelham YMCA is riding out the latter part of winter like the rest of us, waiting with bated breath for spring and the return of outdoor activities. In the meantime, there are still two weeks left on the youth basketball schedule. Basketball is the only youth sport offered during the winter months due to its indoor accessibility. This year, 122 children signed up between the ages of 3-16. “We like to hit them all” joked Erin Brown, the sports director for the YMCA who coordinates all of these activities.

As the winter basketball season winds down, Brown is now preparing for the coming months, which will reintroduce flag football, soccer and girls volleyball. Among the most popular of these, according to Brown, are the soccer leagues. “Our first soccer game will actually be here on Feb. 8 and we will be playing Tuscaloosa,” said Brown.

Adults who are willing to coach are also encouraged to join. “We also do coaching clinics to help. We provide everything, but we like them to have basic knowledge of the sport,” said Brown.

As an added bonus, most games are played on site at the Pelham YMCA, with two fields dedicated to soccer and one for flag football. The only exceptions are the youngest children. “The 3-4 year olds and 5-6 year olds play at Pelham City Park,” said Brown.

If you are interested in gearing up for spring sports with the Pelham YMCA, you can register online or come into the YMCA to sign up. Leagues start on March 7 and last through the beginning of May.

Reggie Mann of Kingwood Christian skies for a rebound in an earlier contest this year. He helped lead the Lions... read more