COLUMBIANA – A 40-year-old Alabaster man who was found not guilty by reason of mental disease or defect after he was charged with allegedly threatening to kill police officers has been released from the Shelby County Jail and now is being treated at the state’s secure mental health facility. 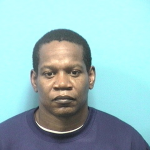 According to Shelby County Jail and court records, Jeffrey Scott Hall was released from the jail on Jan. 30 and was transported to the Taylor Hardin Secure Medical Facility in Tuscaloosa for treatment.

In his order, Reeves wrote Hall was evaluated by a forensic examiner, and wrote Hall “has a longstanding history precatory delusions and paranoia.”

“It is not likely that a return to medication protocol or any other treatment would sufficiently alleviate this delusional thinking and paranoia, and he may remain at risk for engaging in inappropriate and possibly aggressive behaviors toward individuals whom he views as against him or threatening,” Reeves wrote.

Alabaster police arrested Hall on April 7, 2011 and charged him with making terrorist threats.

In multiple letters to Reeves over the past several months, Hall has contested his not guilty by reason of mental disease or defect verdict, and has requested to stand trial for the charge.

Hall also claimed his $250,000 bond was “excessive and constitute(d) cruel and unusual punishment.

“I have no mental illness and (am) competent to stand trial by the Department of Mental Health doctor Amber Simpler,” Hall wrote in a letter to Reeves in late October 2014.

In a response filed on Nov. 3, 2014, Reeves said the “court is not permitted to receive such ex-parte communication,” and said he had forwarded the letter to Hall’s attorney.