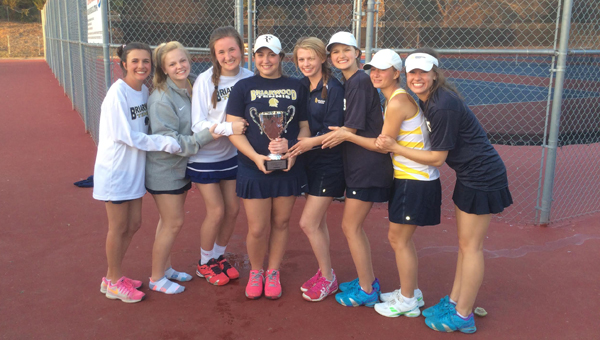 TUSCALOOSA – Tennis season is upon us, and the Briarwood Lady Lions are off to a strong start after their winning effort in the Hillcrest Tennis Tournament at Hillcrest High School in Tuscaloosa on March 6-7. Hillcrest, Oak Mountain, Bob Jones, Decatur Heritage and Helena were the other schools that competed in the tournament.

The Lady Lions won the tournament by jumping out to an early team lead in the singles matches and were able to ride that success to a tournament victory.

Briarwood competes in Section 5 of Class 6A for tennis against the likes of Center Point, Clay-Chalkville, Pell City, Oxford, Shades Valley and Pinson Valley. The Lady Lions will look to build off this early result as the season continues.

Craig Henderson, left, pictured with a teacher and student, is the director of skating at the Pelham Civic Complex. (Contributed)... read more