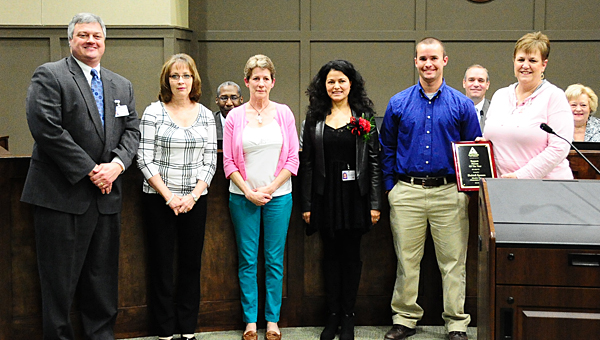 During a March 9 Board of Education meeting, system leaders named Support Personnel of the Year for each school, and recognized them for doing everything from transporting students safely to feeding hundreds of students at a time.

“This is one of the most exciting board meetings of the year,” Vickers said. “We get to recognize the individuals who really make it happen. We are so proud of them.”

Vickers and other members of the ACS central office recognized the following employees as Support Personnel of the Year:

In addition to representatives from each school, ACS also recognized the following special-area employees:

-Susan Beard from Thompson Sixth Grade Center was named the ACS Counselor of the Year.

-Steve Cutler, who drives for Meadow View Elementary and Thompson Intermediate, was named the ACS Transportation Employee of the Year.

Kingwood Christian School fell to Bessemer on March 7 by a final of 10-0. (File) By BAKER ELLIS / Sports... read more