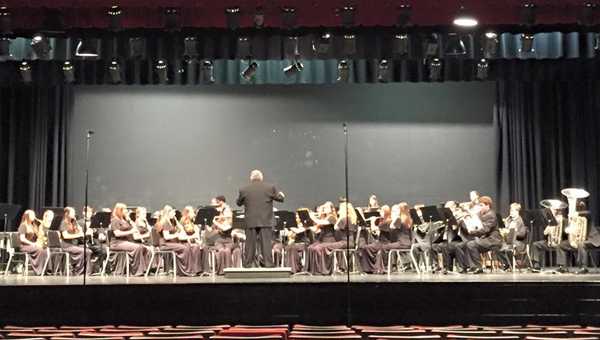 The State MPA is an annual comprehensive evaluation of a band’s ability, from sight-reading to performance quality. Bands across the state are observed and scored by experienced directors.

Each band performs a total of three pieces on stage in front of judges. Two pieces are selected and prepared ahead of time, while a third is given to the band on performance day. The judges evaluate bands based on a rubric, Lawley said.

The Chelsea bands are part of District 4, which includes stiff competition from bands in both Shelby and Jefferson counties, Lawley said.

“District 4… has the most bands,” Lawley said, noting the normally single day State MPA is stretched to three days to include all the bands in the district.

“(The judges) just don’t hand those (scores) out, you have to earn them,” Lawley said. “It says (our) program is where it needs to be.”

Lawley highlighted the CHMS band program under the direction of Deana Rizzo, noting the quality of the program serves as a strong feeder into the high school band program.

“They did well, I’m proud of them,” Lawley said of the high school and middle school bands. “We’re all on cloud nine here in Chelsea.”