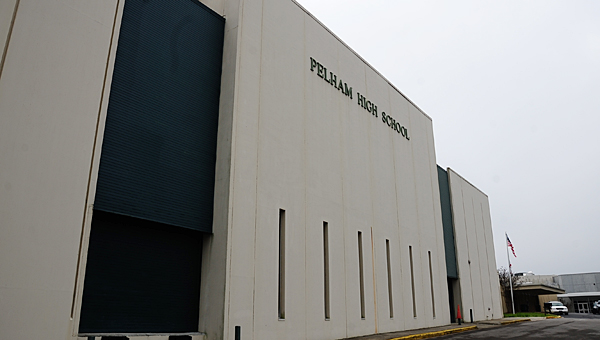 The Pelham Board of Education is preparing to make renovations to the Pelham High School auditorium, pictured, and the school’s main and auxiliary gymnasiums. (Reporter Photo/Neal Wagner)

PELHAM – Pelham High School’s gym and auditorium soon will see major renovations as part of a Pelham City Schools capital project plan, according to the Board of Education president.

The school system is in the process of bidding out a pair of projects to update the frequently used facilities at the high school, and is working to have the projects complete by the time school starts for the 2015-2016 year in August.

“Both have to be ready by next year, so I guess the drop-dead date would be next August,” Pelham School Board President Rick Rhoades said during a March 18 interview. “We will have volleyball games in the gym and some events in the auditorium at the end of summer.”

Once completed, the project will mark a “complete makeover” for the auditorium, which is used by the PHS theater department and for special events at the school, Rhoades said.

“That (backlighting) will allow them to create just about any type of set in the world,” Rhoades said. “We are just trying to get it to where a modern auditorium needs to be.”

The gym project will replace the facility’s bleachers, add a new type of non-tiled ceiling, update lighting, add padding along the court walls and replace the court floor. Similar renovations will be made to the PHS auxiliary gym, Rhoades said.

In addition to the gym and auditorium upgrades, the school is also planning for future upgrades to the PHS football stadium. The stadium project, which likely will begin in spring 2016, will add locker room space, possibly a new field house and update the support structures on the bleachers to be “a lot more aesthetically pleasing,” Rhoades said.

“It’s an exciting time,” Rhoades said. “We are making a lot of progress.”

The Pelham City School System is working to bring two new school buildings to the city in the next few... read more