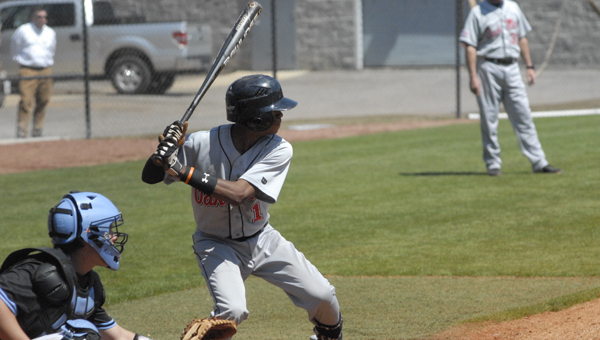 HOOVER – In the fourth game of five in the Beef O’Brady’s Classic at Hoover High School, Oak Mountain bounced back from three tough losses to defeat class 6A No. 1 Cullman by a score of 4-2.

Joseph Harstfield pitched a complete game for the Eagles. He threw 112 pitches, allowed seven hits, two runs and struck out three in the winning effort.

Oak Mountain scored all four of its runs in the first two innings. Garrett DeAraujo and Joseph McCormick drew leadoff walks to put runners on first and second to start the bottom of the first inning, and DeAraujo advanced to third on a passed ball when John McDonald stepped up to the plate next. McDonald hit into a double play, however DeAraujo came home to give Oak Mountain a slim 1-0 lead.

Following the double play, the next three Eagles who stepped up to the plate reached base safely. Graham Hackbarth singled to right, Chase Stiffler was hit by a pitch and Brandon Whitaker also singled to right, which brought home Hackbarth. Stiffler later scored in the inning to bring the score to 3-0 at the end of the first inning.

Cullman’s Orvis Cuello took the first pitch of the second inning and sent it sailing over the left field fence to bring the Bearcats back to within two runs. However Hartsfield settled in and did not allow another run in the inning.

Daniel Salchert, a pinch runner for Hartsfield, who drew a one-out walk, scored the fourth and final run for the Eagles in the second inning when McCormick grounded into a fielder’s choice that allowed Salchert to score from third base. Cullman added another run in the top of the fifth, but Hartsfield and the Eagles held on to take down the top-ranked Bearcats.

Oak Mountain won the game on only three hits, as DeAraujo , Hackbarth and Brandon Whittaker were the only Eagles to get hits in the contest.

Brent Popwell, pictured here with one of his self-made callers and the rewards of a successful hunt, makes his own... read more