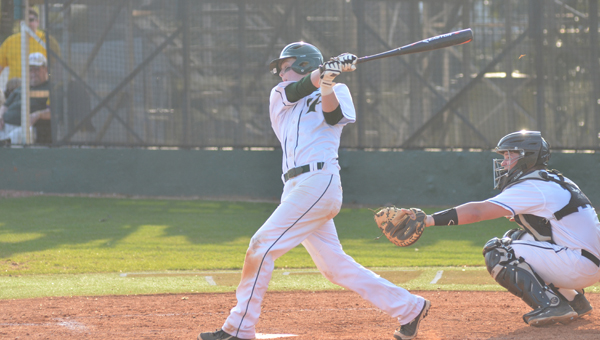 Chase Martin and the Pelham Panthers placed fifth at the IMG National Classic in Bradenton, Fla over their spring break week from March 30- April 2. (File)

BRADENTON, Fla. – After beating Regis Jesuit in the first game of the IMG National Classic at IMG Academy in Bradenton, Fla. on March 30, the Pelham Panthers went 2-1 over the next three games and finished in fifth place in the 14-team field. Pelham lost its second game of the tournament on March 31 against South Hills High School by a final of 8-1, which put them in the consolation bracket. The Panthers bounced back from the loss and won their next two games in a 24-hour period from April 1-2 to finish in fifth place.

Pelham scored five runs in the first two innings of the game to jump on top of the Mustangs from Northside Christian and coasted to a 6-0 victory. Connor Radcliff took the mound for Pelham and pitched a complete game, seven-inning effort. He threw 85 pitches and gave up only three hits while striking out 11 and allowing zero walks. Northside never came close to testing the Panthers in this contest, especially with Radcliff throwing smoke for the entire game.

Justin Anderson and Boomer Murchison both had two hits on the day to lead the way for Pelham from the plate. Sam Finnerty, Logan Brashier and Tyler White rounded out the Pelham batters who registered hits on the day.

Tyler Wilburn went the distance for the Panthers in their last game of the tournament. Wilburn threw 102 pitches, gave up six hits and four runs while striking out four. Wilburn needed all five of Pelham’s runs, as East Lake made a late charge in the contest, but inevitably the Panthers came away victorious.

Pelham opened a 4-0 lead which they carried into the fifth inning before East Lake woke up. They plated three runs in the fifth to make the game interesting, but the Panthers added an insurance run in the bottom of the sixth, which turned out to be just enough to seal the win. The Panthers advanced to 18-8 after their Florida trip.