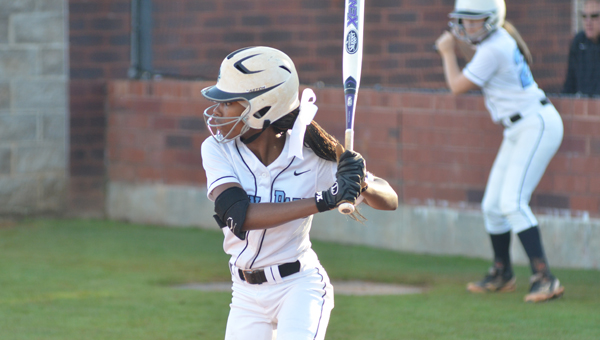 MADISON – The Spain Park Lady Jaguars competed in the Bob Jones Tournament at Bob Jones High School in Madison on April 4. The Lady Jaguars won their first two games before losing to Dickson County, Tenn., which was enough to knock them out of the tournament.

The Lady Jaguars only went to bat three times in the first game of the tournament as they dismantled foe Brewer by a score of 9-1. Mallory McCarty threw two innings for Spain Park before Kate Campbell came on to relieve her and finish the game. The Lady Jaguars scored four runs in the first inning, three runs in the second inning, and two runs in the third inning to bring their total to nine runs. Brewer only managed to scrape one run across the board in the fourth inning. However the game was already firmly in Spain Park’s grasp, and the Lady Jaguars won 9-1. Jenna Olszewski and Mary Kathryn Bonamy led the way from the plate for Spain Park with two hits apiece.

McCarty took the mound again for Spain Park, however this time she did not relinquish her post as she threw 49 pitches over four innings of work, gave up two hits, two runs and struck out one. Mary Katherine Tedder led the way for Spain Park from the plate in the second outing, as she went a perfect 3-3. Kyandi Tipler, Olszewski and Bonamy each added two hits as well. Bonamy took a two-out pitch over the center field wall in the second inning for the only home run of the game.

McCarty again walked out to the mound to start the third game of the day against Dickson County, and continued on the same pace as the previous game. She threw 44 pitches over four innings, gave up five hits, two runs and struck out four. The difference in the second game was the Spain Park bats could not muster enough offense to support McCarty. Caroline Parker led the way in the third game from the plate, as she went a perfect 2-2. However the Lady Jaguars only scraped one run across the plate in the losing effort.