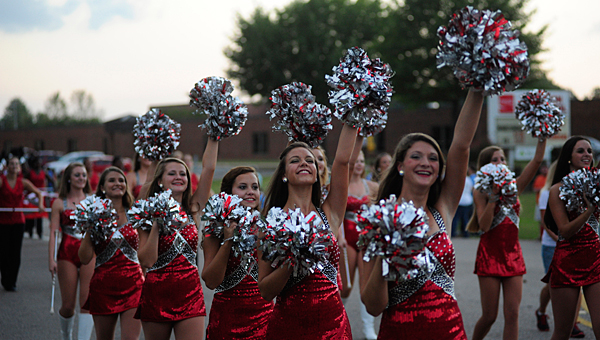 The Thompson High School majorettes and dance team have had a successful semester in several competitions. (File)

“It has definitely been a great year,” THS dance team and majorette sponsor Zandra Morris said. “The girls have done a great job!”

The THS majorettes swept every competition they entered this semester, bringing home a trio of first-place awards.

The first gold trophy came during the weekend of Feb. 13-16 at the TwirlMania International Championships at the ESPN Wide World of Sports at Walt Disney World in Orlando, Fla. The majorettes took home first place in the High School Classic category.

The Warriorettes dance team also brought some hardware home to Alabaster by winning second-place in the school halftime dance category at the National Baton Twirling Association State Championship on March 14.

The Thompson winter guard, which is coached by Christie Wagner, placed third in its class in the Madtown Indoor Throwdown in Madison on Jan. 24, placed third at the Fountain City Rhythm and Spin on March 7 and placed second at Artistry in Motion on March 21 in Montgomery. The team’s score rose significantly between the beginning and end of the 2015 season.