A North Shelby man has been ordered to pay $3.5 million after a Jefferson County Circuit Court judge found several postings on his blog defamatory. 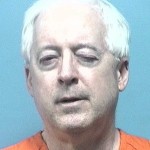 Garrison worked for Strange’s unsuccessful campaign for Lieutenant Governor in 2006 and his successful campaigns for Attorney General in both 2010 and 2014. She currently works for a Birmingham law firm and is a senior advisor at the Republican Attorneys General Association.

Shuler posted comments on his blog indicating an “ongoing extramarital affair” between Garrison and Strange and wrote that Strange is the father of Garrison’s son. He also posted an image “photo-shopped… to appear as a photo of the Attorney General and the Plaintiff (Garrison) alone,” court documents stated.

Both Garrison and Strange testified on March 9 that the comments on Shuler’s blog were false.

“The Plaintiff (Garrison) further testified that the comments contained in the blog were embarrassing, hurtful and degrading,” court documents read. “She testified further that the comments made it difficult to perform her job…She stated that since the comments posted to the blog have now become widely known, she constantly suffers from embarrassment and anxiety.”

In her testimony, Garrison also expressed concern for how the comments “could later affect her minor son.”