A man convicted of murder in Shelby County in 2001 was fatally stabbed at the Staton Correctional Facility in Elmore on April 15. 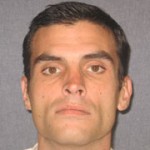 Scott Turnland, 29, was stabbed inside the facility by another inmate at about 7 p.m. on April 15 and died from his injuries at 7:32 p.m., according to an Alabama Department of Corrections press release.

Turnland had served 14 years of a 25-year sentence for his 2001 murder conviction.

Turnland pleaded guilty when he was 16 to killing his older brother, Nathan, at their home in Chelsea.

Inmate Edward Doe, 29, was detained as a suspect in the stabbing, the release read. 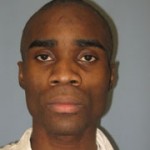 Doe is currently serving a 25-year sentence for a 2011 robbery conviction in Jefferson County.

The Alabama Department of Corrections is investigating Turnland’s stabbing in addition to another unrelated stabbing involving two inmates at the St. Clair Correctional Facility in Springville.

At about 9:45 p.m., inmate Michael McGregor, 50, received multiple stab wounds during an altercation with another inmate, according to the release.

McGregor was taken to an offsite medical facility for treatment.

The other inmate involved in the stabbing was detained by correctional officers.

The Staton and St. Clair facilities remain on lockdown until the ADOC completes its investigation of both stabbings.

Girl’s are focused on painting their custom owls at a birthday party on Saturday, April 11, at Helena’s new Party... read more