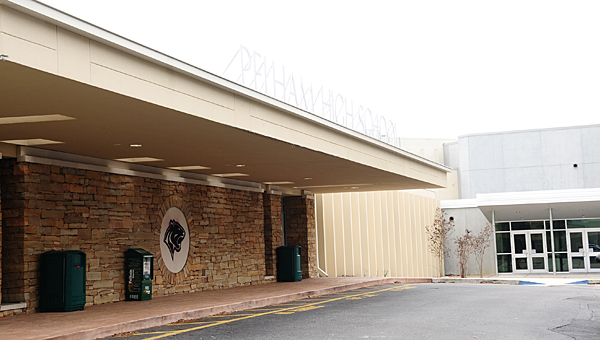 The entire Pelham High School campus is now in Pelham city limits after the City Council voted to annex the property containing the softball and practice fields. (Reporter Photo/Neal Wagner)

PELHAM – The entire Pelham High School campus is now fully in its city namesake after the Pelham City Council voted recently to annex a piece of property recently de-annexed from the city of Helena.

The property includes the PHS softball and practice fields, and was acquired by the high school in 2001. The property is southwest of the PHS football field, and was in Helena city limits until the Helena City Council voted to de-annex the property during a March meeting.

“It was one of those common sense things. You literally have to go through Pelham to get to that property,” said Pelham Council President Rick Hayes. “When they added that (to the high school property), they thought it had been taken care of, but it somehow got overlooked.”

The Pelham City Council voted unanimously to annex the property during its April 20 meeting at the request of the Pelham City School System.

“The Pelham Board of Education respectfully request that you approve the annexation of a parcel that was previously within the corporate limits of the city of Helena, but borders the city of Pelham and has been a part of Pelham High School for almost 14 years,” read a letter to Pelham Mayor Gary Waters signed by Pelham School Board President Rick Rhoades and School Superintendent Dr. Scott Coefield.

“This is the next step in the process that originated with the de-annexation of this property by the city of Helena,” the letter read. “Upon the completion of this process, the entire campus of Pelham High School will be a part of the city of Pelham.”

Helena Mayor Mark Hall previously said because the property was in Helena city limits, Helena was responsible for police and fire protection on the fields.

From the time it was built in the late 1970s until 2014, Pelham High School served both Helena and Pelham students. Helena students began attending the new Helena High School in the fall of 2014, and Pelham formed its own city school system in June 2014.