COLUMBIANA – A 26-year-old Columbiana man was sentenced to 10 years in prison April 28 after pleading guilty to first-degree sexual abuse of a child less than 12 years old, according to Shelby County Circuit Court documents. 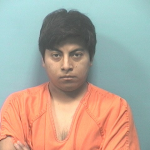 Armando Manzano Dominguez was arrested in January 2013. According to his indictment, Dominguez “did on or about Dec. 3, 2012, intentionally subject to sexual contact another person who was less than 12 years of age.”

Dominguez pleaded guilty to the Class C felony of first-degree sexual abuse in a plea agreement April 28. He has no prior adult felony convictions.

As part of his sentence, Dominguez must avoid all contact with illegal drugs and submit to and pass random drug and alcohol tests; report upon release to Alabama Abuse Counseling and enroll in and complete a Sex Offender Intervention Program; and avoid initiating any contact with the victim and his family.

Dominguez must also register as a sex offender.