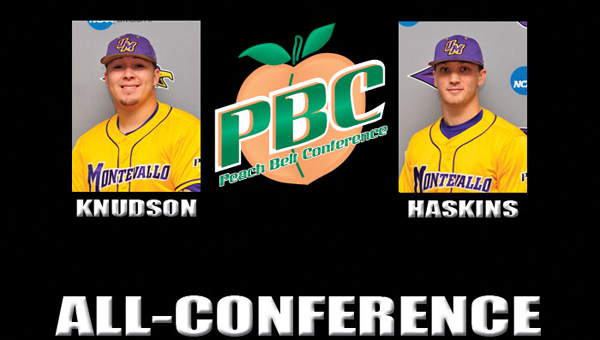 Knudson, a San Francisco, California native, finished his junior season with 24 home runs, the second most homers in a single season in program history.

The first baseman’s 24 home runs ranked him second in the Peach Belt Conference and fourth nationally in NCAA Division II at the conclusion of the regular season for the Falcons.

Knudson, who was named the Peach Belt Conference Player of the Week twice this season, led the team and ranked fourth in conference with 33 walks and had a .419 on-base percentage.

Haskins, an outfielder from Alabaster, finished with a team-best .407 batting average and team-high .516 on-base percentage.