Man gets nearly 10 years in string of car break-ins

COLUMBIANA – A 28-year-old Birmingham man will spend nearly a decade in prison and must pay nearly $17,000 in restitution to seven victims after pleading guilty in early May to a string of vehicle break-ins in Alabaster and Pelham. 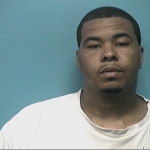 Quantrey Kentrell Bryant, who lists an address on 53rd Street in Birmingham, pleaded guilty to seven counts of unlawful breaking and entering a vehicle and one count of first-degree theft of property during a May 7 hearing in front of Shelby County Circuit Court Judge Dan Reeves.

Police arrested Bryant on April 14 and charged him with multiple 2014 vehicle break-ins between March 21, 2014, and May 9, 2014, in locations throughout Pelham and Alabaster.

Pelham Police Chief Larry Palmer previously said his department issued arrest warrants for Bryant after the break-ins were reported in 2014, and said another law enforcement agency located and arrested the suspect.

During the string of break-ins, Bryant allegedly caused at least $12,500 worth of damages to several vehicles, and allegedly broke into at least nine vehicles.

Through a plea agreement, all charges except the five counts of unlawful breaking and entering a vehicle and one count of first-degree theft of property were dropped.

As a result of his guilty plea, Bryant, who has three prior felony convictions, was sentenced to a total of 115 months in prison, and must pay $16,930.50 in restitution to seven victims. He received 364 days of jail credit for time served in the Shelby County Jail before his guilty plea.