ALABASTER – A 26-year-old Alabaster man is facing up to 20 years in prison after he allegedly abducted a victim, beat her, held her at knifepoint and tried to prevent her from calling 911. 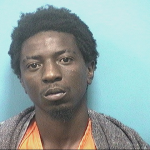 Second-degree kidnapping is a Class B felony, according to Alabama law, and is punishable by up to 20 years in prison upon conviction.

According to Hudson’s arrest warrants, the charges stemmed from a May 25 incident, during which the suspect allegedly abducted the victim and held her against her will.

During the incident, Hudson, “While possessing a knife, would not allow (the victim) to leave the premises,” and allegedly “punched and struck the victim multiple times,” leading to the two third-degree domestic violence charges.

Hudson’s interference with a domestic violence emergency call came after he allegedly prevented the victim from calling for assistance by throwing her cell phone into the woods.

More than a dozen University of Montevallo baseball players will be playing in summer leagues all across the United States... read more