PELHAM – Pelham City Schools Superintendent Dr. Scott Coefield received a positive evaluation from the city’s Board of Education for his leadership “in a most challenging” first year for the new school system, School Board members said during a June 2 meeting. 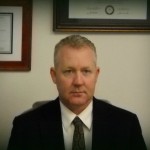 During the meeting, the School Board reviewed Coefield’s annual evaluation, which is required by state law to be completed each year. The Board of Education hired Coefield as the city school system’s first full-time superintendent in April 2014, which was a little more than two months before the city finalized its split from the Shelby County School System.

Before coming to Pelham, Coefield served as the superintendent of the Oneonta City School System. Due to family matters, Coefield lived in Oneonta throughout PCS’s first school year and commuted to Pelham each day.

He is preparing to move to Pelham before the beginning of the 2015-2016 school year, according to his evaluation summary.

“It was noted that the superintendent’s community involvement was limited somewhat by the demands of running a new system and by the time-consuming daily commute due to very understandable family considerations,” read the evaluation summary. “With the completion of the system’s first school year, the hiring of a communications director and Dr. Coefield’s pending move to Pelham, the board is confident that community involvement opportunities for the superintendent will greatly increase.”

The evaluation summary said Coefield “met or exceeded expected performance at all levels” during his first year, and said the school board “looks forward to working with our superintendent for many years.”

“In a most challenging year, Dr. Coefield has provided consistent leadership and a plan of excellence that will give us the opportunity to develop into a truly great school system,” read the evaluation summary.

The summary identified establishing “clear and concise goals for student achievement and greatly improv(ing) our communications both within the system and throughout the Pelham Community” as areas of focus for the system.

School Board President Rick Rhoades praised Coefield and said the “challenge that was before the superintendent really was monumental” in the system’s first year.

“We have a great superintendent,” Rhoades said. “He worked extremely hard in a challenging situation.”

Coefield praised his central office staff for its work through the first PCS school year, and said he is planning to be more involved in the day-to-day operations of the schools once he moves to the city.

Some Pelham band parents have expressed concern over the future of the VIS band and choir programs, while school system... read more