COLUMBIANA–A 54-year-old Columbiana man is being held in the Shelby County Jail on bonds totaling $30,500 after he allegedly trafficked a victim to commit an act of prostitution and possessed a concealed weapon without a permit, according to his arrest warrants. 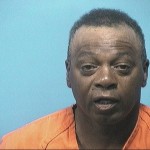 The Shelby County Drug Enforcement Task Force arrested Gary Ronald Smith, who lists an address in the Town Creek Apartments in Columbiana, on June 11, and charged him with one felony count of second-degree human trafficking and one misdemeanor count of carrying a pistol without a permit.

According to Smith’s arrest warrants, he allegedly “knowingly benefitted, financially or by receiving anything of value, from participating in a venture of engagement for the purpose of sexual or labor servitude.”

Second-degree human trafficking is a Class B felony and is punishable by up to 20 years in prison according to Alabama Law.

Dewayne Reynolds wowed kids and parents during his balloon show at Helena City Hall on Wednesday, June 10 for the... read more