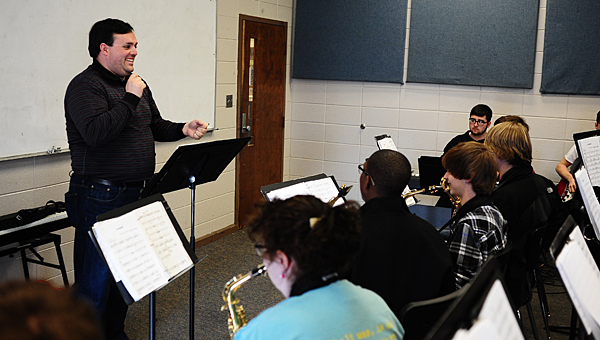 PELHAM – Pelham High School band members soon will have a better way to store and protect their new band instruments after the city’s Board of Education voted to purchase new band room lockers during a recent meeting.

The School Board voted unanimously during its June 2 meeting to spend $35,489 to purchase and install the new lockers in the PHS band room.

“We are really trying to improve the band program,” said Pelham School Superintendent Dr. Scott Coefield. “One of the big needs we have is for new band lockers.”

During a late February meeting, the Pelham School Board voted to spend about $75,000 to purchase about 50 new instruments for the PHS band program. At the time, PHS Director of Bands Justin Ward said many of the school’s current band equipment dates back to the 1980s or 1970s, and said the band program was spending a significant amount of money on maintenance and upkeep.

“If you think about it, we just spent $75,000 on band instruments,” said Pelham School Board President Rick Rhoades. “It only makes sense for us to take the next step so we can protect these instruments.

“They work so hard, the least we can do is provide a first-rate facility,” Rhoades added.

“It’s extremely important. Band is so critical to the development and success of these individuals,” Howell said. “We want to do everything we can to support them.”