Attendance on the rise for ACS summer camps 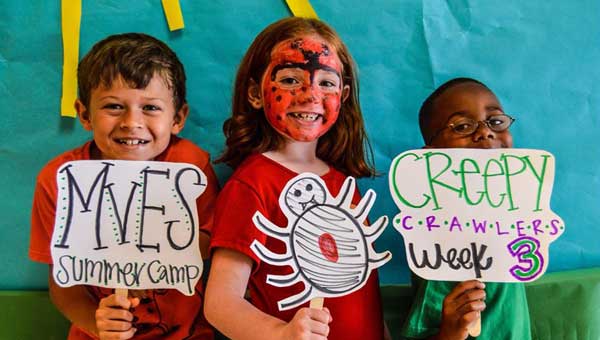 By Ginny Cooper McCarley/For the Reporter

Camp enrollment has more than doubled for Alabaster City School system’s summer camps this year, according to Coordinator of Student Services Dorann Tanner, and the kids are “having a blast.”

The camps’ theme is “superheroes,” and each week focuses on a different superheroes and their characteristics. The children also go swimming and take a field trip. So far this summer ACS kids have gone to the Montgomery Zoo, AirWalk Trampoline Park, and a Birmingham Baron’s game.

The kids are served a hot lunch everyday through the ACS summer feeding program.

“We want kids to have a fun, educational place to spend their time in the summer if they have single parents or their parents are working,” Tanner said.

Campers wear t-shirts with the slogan “I’m a champion. What’s your superpower?” to tie into the tagline for ACS, “Champions of our Future.”

ACS also offers an ESL camp from June 16-27, which includes “ten days of academically engaging activities for students designed to enhance English language development in reading, science and math,” according to the website.

Parents can register their children daily, weekly, or for the entire summer for the ACS summer camps.

“The kids just have a ball,” Tanner said.