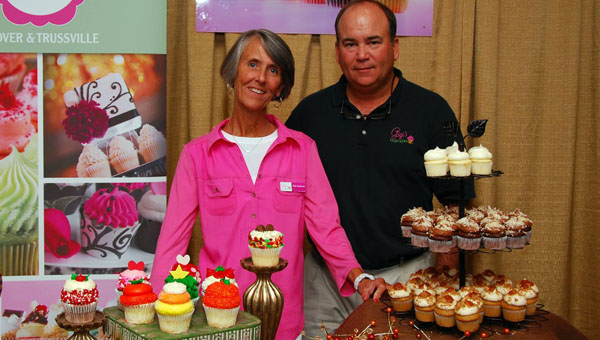 There were about 30 vendors giving out samples at last year’s Taste of Pelham. (Contributed)

PELHAM—The one day a year that brings all the flavors of Pelham together is back for its third year in a row.

“We’ve been very pleased with the community’s response as well as the municipal and government responses to the event,” said Pelham Library Guild president Debbie Parrott. “All the food has been delicious. Vendors have been very complimentary of the event and enjoy being a part of it.”

The third annual Taste of Pelham will take place Aug. 25 from 6-8 p.m. at the Pelham Civic Complex and Ice Arena. Tickets will be $25 in advance and $30 at the door with all the proceeds benefiting the Pelham Library Building Fund.

“The event is not only a fundraiser for a new library building in Pelham, but it also brings awareness to the community about how vital the library is,” Parrott said.

Last year, the event had about 30 vendors and more than 400 people in attendance. Event coordinator Barbara Roberts said they expect to have about 500 at this year’s event and they have already gotten phone calls from new vendors interested in participating.

Parrott added that, while the concept of the event remains the same, they have added an outdoor section to the event. Certain food trucks will be added to the list of vendors, and guests can enjoy music and seating outside the civic complex as well.

To make room for the expected increase of guests, Parrott said they’ve also rearranged the indoor set up.

“We have reconfigured the layout to provide more seating and more room for guests to enjoy the event,” Parrott said. “We are definitely hoping to see more people.”

Parrott, with the help of city council member Maurice Mercer, has just started signing vendors, starting with the ones who participated in the Taste of Pelham’s first two years.  She said she hopes to have a wide variety of caterers, restaurateurs, food trucks and bakers “so that our guests can enjoy a buffet of good food.”

Vendors interested in participating can contact Parrott directly at 414-3672 or at Debbie.Parrott@iberiabank.com. Advance tickets are available at the Pelham Public Library and Iberia Bank in Pelham, and also online at eventbrite.com/e/taste-of-pelham-tickets-3513301379.

The University of Montevallo has named LaToya Williams as the new head coach of Montevallo competitive cheerleading. (Contributed) FROM STAFF... read more