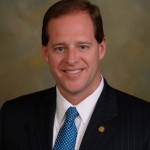 “Alabama’s effort to reform the entire criminal justice system is a top priority for leaders of all three branches of government,” Bentley wrote in a statement. “Thanks to legislation passed in 2015, we currently have significant reform efforts under way in our state.

“I have created the Alabama Criminal Justice Oversight and Implementation Council to further our efforts toward reducing prison overcrowding and increasing public safety,” Bentley wrote. “The Council is an important part of our efforts to make Alabama’s criminal justice system more efficient and effective.”

The Council will collaborate on developing evidence-based policies and guidelines for treatment programs and community correction programs in an effort to reduce recidivism. Members will analyze data reflecting client participation in and treatment services from state-funded programs to ensure performance-based funding.

The chairman of the Council will provide oversight and accountability over criminal justice agencies at the state and local level and guide the council’s work on prison reform implementation.

Governor Bentley’s Deputy Legal Advisor, Franklin Johnson, will serve as chairman of the Council. Other members appointed to the council include:

The first meeting of the Alabama Criminal Justice Oversight and Implementation Council is tentatively scheduled for late July.