COLUMBIANA – A Shelby County Circuit Court Judge has denied a former Pelham High School assistant principal’s request to have her record cleared of multiple sex charges dismissed against her in December 2014. 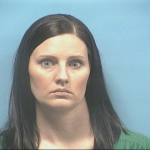 The Shelby County Sheriff’s Office arrested Bell, who was an Alabaster resident and an assistant principal at Pelham High School at the time, on Dec. 12, 2013, and charged her with three felony counts of a school employee engaging in a sex act or deviant sexual intercourse with a student under the age of 19 and one misdemeanor count of a school employee having sexual contact.

All charges were dropped against Bell in December 2014 after the alleged victim “recanted and is no longer cooperating with the prosecution of these cases,” according to the court order dismissing the charges against Bell.

According to Bell’s expungement petition, “All four cases were dismissed as the alleged victim acknowledged the events alleged never occurred.” The petition also sought to have Bell’s professional certificates returned, and claimed she was “entitled to … reinstatement in her former position or an equivalent position and back pay.”

Reeves’ decision came about two weeks after Shelby County Assistant District Attorney Gregg Lowrey objected to the expungement of Bell’s record, claiming her charges qualified as “violent felonies” because they involved “a non-consensual sex offense” and were “particularly reprehensible.”

Crimes defined as violent felonies in the Alabama Code are not eligible for expungement.

Reeves’ denial of the expungement petition came over the protests of Bell’s attorneys, who claimed Bell “was wrongfully accused of a crime,” and claimed her charges should not be classified as violent felonies.