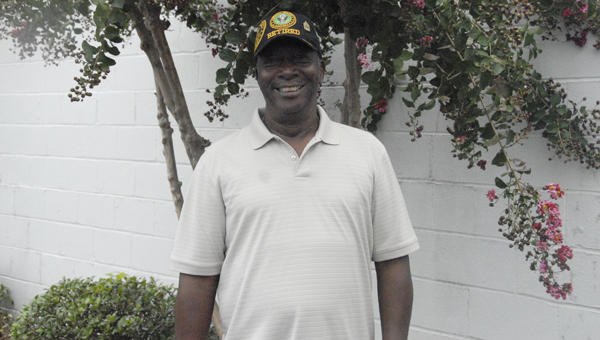 Wilsonville’s newest City Council member, Larry Cohill, was born and raised in Wilsonville, spent 23 years in the Army, spent 12 years counseling at the Veterans Center and is a combat veteran in both Vietnam and Desert Storm. (Reporter Photo / Jessa Pease)

WILSONVILLE— Of the 16 countries Larry Cohill has lived or worked in, only one place will ever be home: Wilsonville. Cohill spent 23 years in the Army and 12 counseling at the Veterans Center in Montgomery, and now he’s the newest member of the Wilsonville City Council.

Cohill was voted into the council a couple months ago, filling a vacancy left by the late Alan Revis. So far, Cohill has been to four meetings, and said he is enjoying the opportunity to be a part of the council.

This isn’t his first time serving on the Wilsonville City Council though. Cohill was a member back in 2002.

“I wanted to give everyone a voice and for a lot of years in Wilsonville, the African Americans didn’t have a voice,” Cohill said.  “I wanted to be a voice for them. They’re good citizens and been there for a long time. They needed somebody.”

Cohill smiled describing “one of the greatest things” he ever did while serving on the council back in 2002. There are a lot of African Americans buried in the front of one of the cemeteries in Wilsonville. Cohill said many of the graves are unmarked, so he met with some of the older people in town and made a list of all the people they knew that were buried there.

The city bought an $8,000 stone, placed benches next to it and listed all the names Cohill found. On the bottom of the stone it says: “And for all others names lost to history.”

The retired combat veteran of Vietnam and Desert Storm quickly found that he didn’t have much extra time, so he left the city council to focus on his work at the Department of Veteran Affairs. At that time Cohill commuted 73 miles to Montgomery to work with veterans in readjusting counseling services.

“They wanted combat veterans in those positions so we could relate to the returning veterans,” Cohill said. “(The most enjoyable thing for me was) the laughter. Guys come in crying and then I could hear so much laughter in the hallways of my office.”

Cohill himself opened the Veterans Center in Montgomery. He leased a building, hired all the staff and set it up. Once he felt like he had done everything he had set out to do, Cohill retired in May 2014 with about 250 clients using the services he created.

“It was hard to leave because I enjoyed it so much,” Cohill said. “It was really enjoyable to help people get through their traumas, and (getting) to know their family members was really exciting for me. I still get calls now.”

Now that Cohill has time for the community, he’s looking forward to giving every person in Wilsonville a voice. He also has some goals for his time on the council. That same cemetery he helped add the stone memorial to was zoned out of Wilsonville, and the city is no longer responsible for maintaining it. Cohill said he would like to see that changed.

In addition to the cemetery, Cohill said the council wants to set up a nice Christmas venue and to have something in Wilsonville like the clock in Chelsea. He said they want something that people will instantly relate to Wilsonville.

“Mostly all I want for the city of Wilsonville is to have good leadership for all the citizens — for everyone to have a voice,” Cohill said.  “I spent all my life there. I was born there. My dad loved it, my mother loved it and my grand daddy loved it. It hasn’t always been easy, but we still never gave up on Wilsonville.”