A twist on traditional: Bigman’s offers a menu all its own 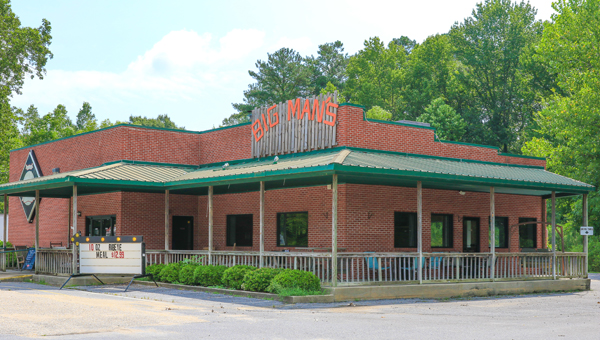 Bigman’s in Harpersville offers a large menu of traditional southern food with a Cajun twist. (For the Reporter / Dawn Harrison)

HARPERSVILLE—If you’re looking for some hearty, home style cooking, Bigman’s in Harpersville is the place to go. Located on Alabama 25 just off of U.S. 280, Bigman’s serves up southern cuisine with a Cajun twist. 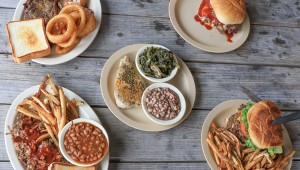 From burgers to fried catfish, Bigman’s serves up fresh, hearty dishes. (For the Reporter / Dawn Harrison)

Bigman’s large menu offers everything from traditional chicken tenders and hand cut ribeyes to fresh Gulf Coast butterfly shrimp and fried catfish. But what Bigman’s is really known for is gator.

“That’s one of our biggest sellers, because it’s different,” Bigman’s owner and chef Kenneth Smith said. “Nobody else has it.”

Bigman’s gator is prepared the Louisiana way, Smith explained, giving it a tender texture and kick of spice. Before it’s cooked, the gator meat is marinated for more than 24 hours, then it is seasoned to add extra flavor.

Gator can either be ordered as an appetizer or fried as a full meal.

In addition to gator, Bigman’s is also known for the challenge burger. The infamous 10-inch across burger is made of three pounds of meat, topped with six pieces of cheese, nine pieces of bacon, lettuce, tomato, pickles and onions, and comes with a small order of fries. The entire four-and-a-quarter pound burger and fries must be eaten in 40 minutes.

Smith said he makes several challenge burgers each week, but only nine people have successfully completed the challenge since Bigman’s opened nearly three and a half years ago.

Bigman’s also has dessert selection to satisfy any sweet tooth, from banana pudding and fresh peach cobbler to chocolate peanut butter pie. Smith bakes all of the desserts from scratch, sometimes coming in to the restaurant as early as 3 a.m. to prepare them for the day.

Bigman’s twist on home-style food has gained a reputation, drawing a crowd of local regulars as well as a strong out-of-town following.

Food runs in the family, Smith explained, noting his mother’s family has been in the restaurant business in Birmingham for more than 60 years. Although a contractor by training, Smith fell into the family line of business when the housing market took a hit due to the economic downturn, first opening Gator Grill in Ashville, then Gadsden, and finally Bigman’s in Harpersville.

Bigman’s is a family owned and operated business, and guests can always expect to see either Smith or his son in the kitchen every day.

“One or the other of us is here all the time,” Smith said.