Overflow dumps thousands of gallons of sewage into Buck Creek 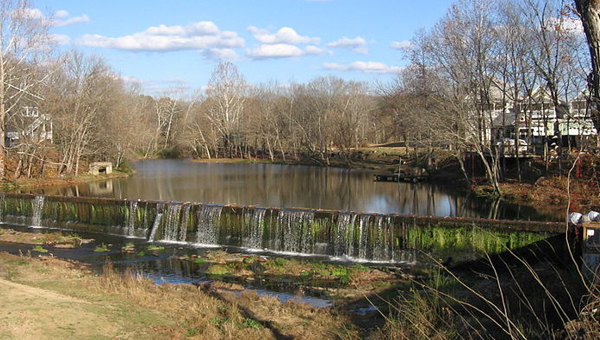 Between 3,000 and 4,000 gallons of sewage overflowed into Buck Creek after a power outage at the Pelham Wastewater Plant. (Contributed)

PELHAM— Between 3,000 and 4,000 gallons of sewage overflowed from the Pelham Wastewater Plant into Buck Creek on July 22.

A power outage at the waste treatment facility caused some systems to fail at the plant, and the generator wasn’t strong enough to get the power back online. The pump in the reservoir was not performing properly and began pushing sewage through a manhole. That waste then flowed into Buck Creek. 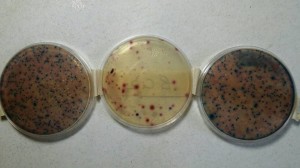 While the plant was searching for more powerful generators, Cahaba Riverkeeper David Butler was out at Buck Creek testing the water. At the time, he wasn’t informed of what had happened, and he had three young children playing in the creek with him.

The sewage continued to spill from 9:45 a.m.-12:34 p.m. July 22, according to Butler. Although the plant manager went out and asked a few kids to get out of the creek, Butler said there wasn’t any communication with the public to keep them from swimming.

“It could have been much worse,” Butler said. “Had someone been sick we would be having a different conversation for sure. I was actually there when it was happening and didn’t know.”

Butler said he wasn’t notified of the spill by the city of Pelham or Helena. If he hadn’t been taking samples from the water July 22, he wouldn’t have even known about what happened.

Traditionally, Buck Creek has some contaminants, but Butler was expecting some clean water because it was so low. He was surprised at the amount of contamination he found in the river.

“For us it was a very strong indication as to why we do what we do as far as going out there and testing,” Butler said.

The good news: Butler said there won’t be any long term effects on the creek. Over a period of time, the sewage will be flushed out as the creek water flows. His biggest concern is the lack of communication to the public about the contamination.

Butler said there needs to be a system to notify the Cahaba Riverkeeper organization, so they could post warnings to the public. Although no one was reported sick, Butler said it was a possibility, and it would have been easy to prevent.

“That’s the main issue for us, just not knowing until we went out there and did the sampling,” Butler said. “The other thing is that people are disappointed that there wasn’t a better system to get the power online quicker.”

Pelham Wastewater Treatment is already having discussions about responding to similar issues in the future, according to Butler. He said the riverkeeper organization plans to work with them as well to create a system for better communication.

The Pelham City Council discussed the possibility of increasing the lodging tax in Pelham from 3 percent to 6 percent,... read more