ALABASTER – State Sen. Cam Ward’s August court date for a drunken driving charge has been pushed back by about a month at the request of his attorney, according to Alabaster Municipal Court records. 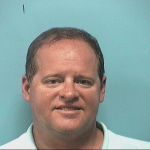 The Alabama Legislature currently is in a special session in Montgomery, which is set to end on or before Aug. 11.

The Alabaster Police Department arrested Ward and charged him with one count of driving under the influence of alcohol shortly before 1 p.m. on July 1 after the department received a report of a potentially drunken driver on Alabama 119, according to Alabaster Police Chief Curtis Rigney.

Rigney said the officer pulled Ward over at Warrior Park on Thompson Road and said Ward “exhibited signs of intoxication.” The officer then performed several field sobriety tests on Ward, which he failed, Rigney said.

Shortly after he was released from jail, Ward issued a public apology and said he planned to seek professional assistance to combat his alcohol problems.

“My failure at dealing with stress led me to make incredibly reckless decisions. I recognize that I used alcohol as a crutch,” Ward wrote in a statement on July 2. “I was very wrong and deeply apologize to my family, friends and constituents. I plan on seeking professional assistance immediately.”

On July 27, Ward said he had enrolled in substance abuse counseling, and said he was “getting better every day.”