The road so far: Board of Education president reflects on Pelham City Schools 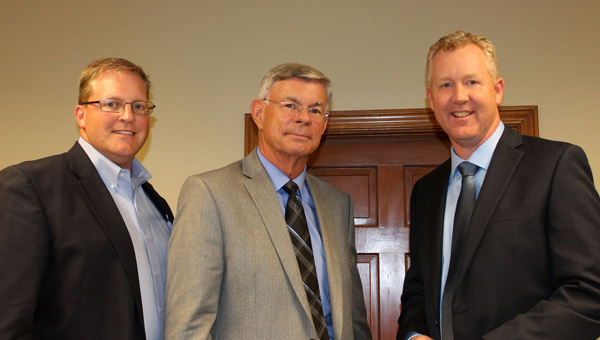 Pelham Board of Education President Rick Rhoades reflects on the accomplishments, challenges and future of Pelham City Schools. (Contributed)

PELHAM— About a year and a half ago, Pelham branched out of the Shelby County School system, creating Pelham City Schools. Throughout that time, the district has accomplished many feats while facing challenges accompanying this new territory.

“It was a very interesting dynamic that we undertook,” said Pelham Board of Education President Rick Rhoades. “First of all, we tried to do this very, very fast. Several people told me it couldn’t be done in the time frame that we started.”

Looking back, Rhoades said he wouldn’t have thought it possible either, but Pelham is thrusting forward with multiple construction projects, new technology devices and academy options for students.

“Probably the most notable (achievement) is the start of our academies,” Rhoades said. “This is something that is brand new in Pelham. It allows us to broaden a child’s horizon and give them a chance to really get into the nuts and bolts of whatever endeavor they choose to get into.”

Academies are classes that lock in on specific areas, such as engineering, law or medicine, and bring in experts from the school system, the community and experts around the world. For example, Pelham has partnered with Andrews Sports Medicine and Orthopedic Center for its bio-medical program.

To accompany these innovative classes, Pelham also has many building projects in the works. Rhoades said they are well underway with Pelham Ridge Elementary School, and the district has the designs in place to build a middle school at Pelham Park. Pelham High School is also undergoing renovations to create a more modern school.

“The design of all that was to try to get our facilities competitive with a pretty competitive area,” he said. “Around here the facilities are very good, and if we want to attract people to Pelham and we want to have Pelham as a destination city… we have to be competitive.”

That competitive nature also drives technology in Pelham. The schools are introducing more than 1,500 devices this year. Rhoades said technology was about a $1 million start-up that will likely continue each year.

A new district doesn’t come without its obstacles though, and communication was Pelham’s, along with the speed they were moving.

If Pelham City Schools moved more slowly they might have gotten a complete consensus on everything, but Rhoades also thinks problems would have been bigger. He said the district does have plans, programs and ideas to get people talking more and on a regular basis.

“The more we talk, the more we exchange ideas and the more the plan we have is understood by everyone involved, the better it is going to be for our children,” Rhoades said.

What lies ahead for Pelham City Schools? Next year, a brand new elementary school is going to open, and Rhoades said, if everything works as it should, a new middle school will be underway. He expects to see tremendous improvements in facilities at the high school, academies in full swing and a more collaborative spirit in the district.

All high schools within the Shelby County Schools district will be switching grading systems to categorical grading beginning with the... read more