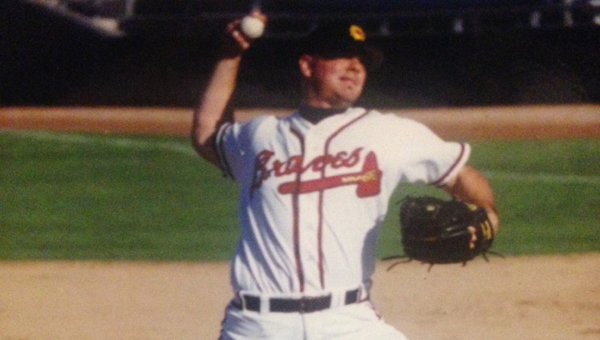 Ryan Halla has taken over the position of head baseball coach at Vincent High School. (Contributed)

“Ryan Halla has a lot of baseball experience,” Hadder said. “He played both collegiate and in the minor leagues, and he’s also a coached at the high school and college level. We just feel like he brings a lot of experience and knowledge to the position. We’re excited to have him.”

Halla played baseball for Auburn University before working in the minor league with the Atlanta Braves and the Pittsburgh Pirates. He was officially hired on Aug. 4, although the initial discussions began in early July.

The position became available when former baseball coach, Cory Williams, left to take a baseball job at his alma mater in Childersburg.

“Went through the process and had a lot of interest (in Halla),” Hadder said. “He stood out early. We narrowed in on him as who we wanted the middle of July.”

At the time, Halla had been out of coaching for between four and five years, but he said once coaching gets in your blood it’s the only thing you want to do.

“I’ve been here for about a week now,” Halla said. “It’s been fantastic. The kids are great, and everyone has been helpful.”

Halla will be helping out with football in addition to serving as the head baseball coach. As far as baseball goes, Halla said he is going to try to win every game, although the team is more in an evaluation period right now.

He said Vincent has a good core group of players who are hardworking and competitive, and the parents seem supportive as well. Hadder said he believes Halla will do a great job in the position.

“We think we have some good kids to work with,” Hadder said. “We think we can be real competitive — we always have been. We think coach Halla won’t do anything but take (the team) and make it better than it’s been.”