PELHAM— The Shelby County Sheriff’s Office arrested Roger Means Jr. Aug. 17 on charges of first-degree burglary and first-degree robbery. The Pelham Police Department issued the warrant for Means arrest more than two years ago before handing it over to Shelby County deputies. 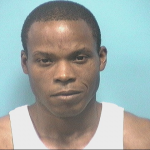 Means, who lists an address in the 2100 block of Long 14th Street, allegedly robbed an acquaintance’s home May 26, 2013, and threatened its residents with a 9 mm handgun.

Deputies apprehended 30-year-old means Aug. 17 and booked him into the Shelby County Jail. He was released Aug. 18 after posting bonds totaling $90,000.

First-degree robbery and first-degree burglary are both Class A felonies. According to Alabama law, the suspect could spend up to life in prison if charged.

Pelham Park’s Zumbathon will be Aug. 29 from 8-11 a.m. at the youth football field. (Contributed) By JESSA PEASE /... read more