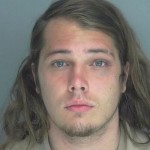 This conviction comes after a three-week long juried trial, according to Douglas County District Attorney Brian Fortner. The jury found Green guilty of all charges brought against him.

Green was arrested in Douglasville, Ga., on June 25, 2014 after rear-ending 53-year-old Janice Pitts’ car and causing an accident that resulted in her death.

According to Douglasville Police Chief Chris Womack, Green exited Interstate 20 and repeatedly “rammed” the vehicle, pushing it “about 38 feet forward.”

When Pitts got out to survey the damage to her vehicle, Green “pinned” her between “the passenger side of his truck and the driver’s side of her vehicle,” he then allegedly “put his truck in reverse and ran over her backwards,” killing her.

Green then attempted to flee the scene of the crime, but ran his truck “up on an embankment in front of Walgreens,” whereupon onlookers apprehended and held him until law enforcement arrived, Womack explained in a phone interview shortly after the incident.

“We’re happy with the jury’s decision,” Fortner said.  “They were very diligent in this case. They took their duty very seriously, and we were just happy to get justice in this case.”

Green is scheduled to be sentenced Monday, Aug. 24 at 9 a.m. EST. Each count of felony murder and malice murder carries a life sentence, and is punishable by death. Each count of aggravated assault carries a sentence of between one and 20 years in prison, according to the criminal code of Georgia.

Being found guilty of all charges, Green could face the death penalty.

The Spain Park bass fishing team is set to start the fall season. (Contributed) By: JORDON SEMIEN / For the... read more