COLUMBIANA—A 69-year-old Birmingham man charged with felony sexual abuse of a child has been released from jail on a $15,000 bond. 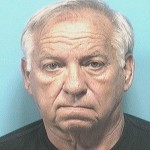 William Teddy Walker was arrested on Aug. 10 by Shelby County Sheriff’s Office deputies for the alleged sexual abuse of a female younger than 12 years old.

“It was reported to us… the offense occurred in Shelby County,” SCSO deputy Debbie Sumrall said. “The DHR was involved in this case.”

According to the arrest warrant, Walker allegedly touched the child’s genitals, resulting in the felony sexual abuse of a child less than 12 charge.

Walker was placed in the Shelby County Jail following his arrest on Aug. 10 and posted bond the same day.

According to Sumrall, in cases involving sexual abuse of a child, the DHR sets up a “safety plan” to restrict contact between the victim and the suspect if the suspect is released on bond.

Walker is scheduled to appear for a preliminary hearing on Sept. 9 at 8:30 a.m. in front of Shelby County Circuit Court Judge Dan Reeves.

Sexual abuse of a child less than 12 is a Class B felony. If found guilty, Walker could face up to 20 years in prison.

FROM STAFF REPORTS ALABASTER – The Alabaster Board of Education has scheduled a pair of budget hearings for the next... read more