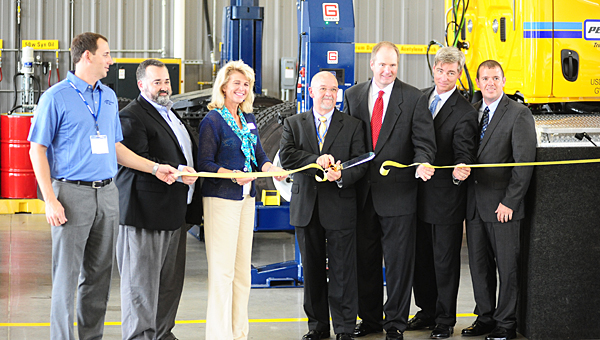 Alabaster continues to see an increase in its number of new home and commercial permits. Businesses such as Penske, pictured, have opened in the city during the past few years. (File)

ALABASTER – The home and commercial building sectors in Alabaster are continuing their comeback, and have already topped year-end totals for 2010-2012, according to the city’s Department of Building Safety.

In July, the department issued 13 new home building permits, bringing the year-to-date total to 59 new home permits through the first seven months of the year. The 59 permits issued through July were for homes valued at a total of more than $15.4 million.

By comparison, the city had issued 43 new home building permits for homes valued at a total of about $9.5 million through the first seven months of 2014.

Alabaster has also seen a surge in its number of residential remodeling permits. At the end of July 2014, the department had issued 70 residential addition or remodel permits for projects valued at a little more than $1 million, compared to 148 remodel permits for projects valued at $1.4 million through the end of July this year.