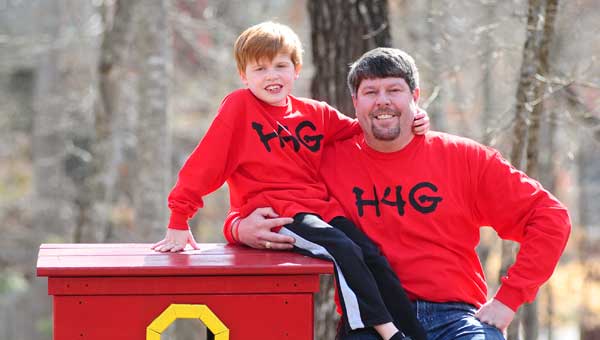 With a shock of bright red hair and an insuppressible grin, Gabe Griffin has taken the state capitol by storm.

“I walked in (the state capitol building) one afternoon without Gabe, and the senators were mad,” Scott Griffin, Gabe’s father, laughed. “They were all asking, ‘Where’s Gabe? I had candy for him in my desk!'”

Gabe and Scott Griffin are staples in Montgomery, where they work to bring awareness to a rare disease that affects Gabe. 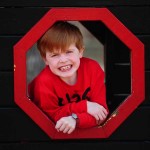 Ten-year-old Gabe Griffin has Duchenne Muscular Dystrophy, a disease that causes muscle weakening over time, leaving children diagnosed with the disease likely in a wheelchair by age 12. The disease primarily affects young boys, and most who have Duchenne die in their late teens or early 20s.

Despite the sobering statistics, Scott Griffin is not deterred.

“I do believe that with medicines out there and with what is going on with research that Gabe and other boys in this generation will be the first generation to survive this disease,” Griffin said.

Though there are a number of drugs with promising results in late-stage trials, currently there are no U.S. Food and Drug Administration-approved treatments for the disease.

However, thanks to Senate Bill 357—known as Gabe’s Right to Try—Gabe Griffin will have a bit more hope. 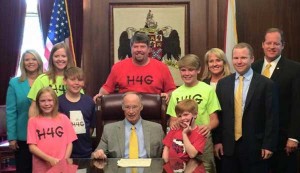 The bill was signed into law by Governor Robert Bentley, after passing unanimously through both state House of Representatives and the state Senate where it was sponsored by State Representative April Weaver and State Senator Cam Ward.

“Years from now, when I look back at my legislative career, I know that working with Gabe and his family to pass the Right to Try Act will certainly be among my greatest memories and accomplishments,” Weaver said, noting Gabe Griffin is “an amazing young man.”

The bill will both allow Gabe and others like him to have a better quality of life and provide hope for their parents, according to Ward.

“The response to the legislation has been overwhelmingly positive,” Ward said. “Many families across the state have contacted the supporters of this legislation and expressed the same sentiments that this legislation will truly change the lives of loved ones. I think this new law is something everyone in Alabama can be proud of.”

For the Griffins, the law marks the end of one small fight in their battle for their son’s life.

“It was a good journey,” Scott Griffin said. “There are not too many 10-year-old boys who have a law named after them.”

Working behind the scenes to make the bill a reality was Michael Stanely, former chief of staff to Spencer Bachus, who met the Griffins when they were in Washington to push for the FDA’s approval of a drug to treat Duchenne.

The chance encounter led to a long-lasting relationship between Stanely and the Griffins.

“I have never met anyone in my life like Michael,” Scott Griffin said. “He fights as hard and, crazy as it sounds, harder than I do for Gabe. We wouldn’t be here even talking about (Gabe’s Right to Try law) without Michael.”

Stanley, who works with the Griffins on raising awareness for the disease, biked for than 3,000 miles from Astoria, Oregon to Mobile during Ride4Gabe along with Wes Bates. During the course of the ride, the group decided to pursue ‘right to try’ legislation in Alabama. Currently, more than 20 states have introduced similar legislation.

For Stanley, the passage of Gabe’s Right to Try law sends a message about the importance of patient experience in the drug approval process.

“Our motivation for Gabe’s Right to Try is not to sidestep the important role played by the FDA, we wanted to add Alabama to the growing list of states calling for a modernization of federal laws related to drug discovery, approval, and delivery in the United States,” Stanley said. “Our message is that the FDA should give patient views more weight in drug approval decisions.”

Despite the positive step, Scott Griffin is quick to point out that the law does not ensure treatment for his son.

“At the end of the day, I’m not sure what the law will do for Gabe, because it doesn’t mean he’ll get medication tomorrow, but it gets us one step closer. It means we can at least have conversations with insurance companies and drug companies.”

Though the question of medication for Gabe is complex, there is a number of promising new technology including Follistatin Gene Therapy and Eteplirsen.

“Those two drugs I believe can help save Gabe,” Scott Griffin said.

Though Gabe walks, runs and laughs like a typical 10-year-old now, his body is already showing signs of the ravaging disease.

“He’s such a normal little boy, but as time goes on he’s having trouble walking up stairs,” Scott Griffin said, adding that Gabe’s brothers often help carry him up the stairs. “We’re going to have to sell our house that we’ve been in for 10 years and find something more conducive for Gabe.”

Despite the passage of the Right to Try law, the Griffins are not pausing their plan to raise awareness for Duchenne and find a cure for Gabe. This fall, the family planned to head to Washington D.C. to show their support for the 21st Century Cures Act and continue raising awareness about the disease.

“We’re not going to stop. I can’t as a dad. As a parent we’re supposed to step in from of a moving train for our kids. I can’t make this better. It’s 100 percent fatal. What I can do is fight until the bitter end,” Scott Griffin said.

Fighting—both against Duchenne and for the rights of terminally ill patients—is at the heart of Gabe’s journey with Duchenne.

“Maybe Gabe’s whole story is a fight,” Scott Griffin said. “What if we all fought 100 percent for what we believed in?” 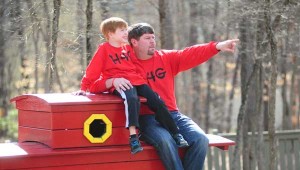