COLUMBIANA – A Columbiana husband and wife are facing child abuse charges for allegedly forcing a child to stay outside for several days without food and water. 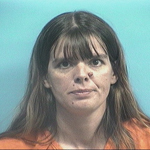 Catherine Shawnelle Rowe, 34, and Matthew Scott Rowe, 33, who list an address on Phillips Circle in Columbiana, were arrested by Columbiana police officers April 18 and charged with abuse of a child younger than 18, according to court documents. 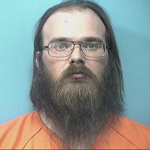 The couple allegedly forced the child to “stay outside for three days and two nights” and “failed to properly feed and hydrate” the child between March 31 and April 2, Catherine Rowe’s arrest warrant read.

Both were booked in the Shelby County Jail on bonds of $15,000 each.

Catherine Rowe was released from jail after posting her bond April 18. Her preliminary hearing is set for May 18 at 8:30 a.m.

Matthew Rowe is still listed as an inmate in the jail.

Child abuse is a Class C felony and is punishable by up to 10 years in prison.

Jazz in the Park returns to Helena July 10