Serving as the smiling “front person,” she files insurance, schedules appointments and answers the phone among other duties – a regular “Girl Friday.” 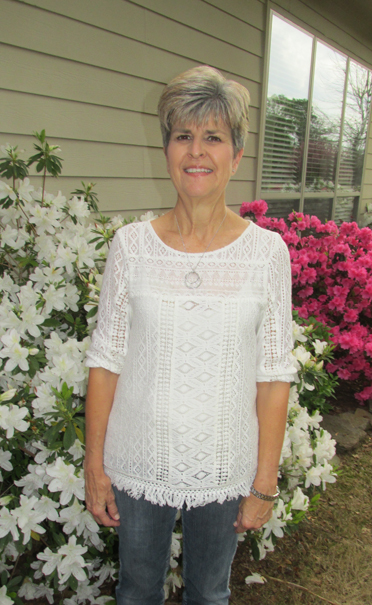 Marion Lynn Stewart and her family moved to Alabaster in 1980. She works at Dr. Jocelyn McClelland’s dental office. (Contributed)

Stewart does not enjoy the dental part of the business.

“The first time I had to assist Dr. McClelland with a patient was with one of my best friends,” she said. “I don’t know who was more nervous.”

Stewart was born in Tuscaloosa, Alabama in 1953, but was raised in Greensboro, Alabama.

She graduated from the University of Montevallo in 1975 after her marriage to Billy Joe Stewart in July 1973.

By 1980 the family had moved to Alabaster and began attending First Baptist Church of Alabaster.

Stewart teaches fifth grade Sunday School and enjoys seeing how her students mature during the year.

She also helps with the first and third grade choirs and sings in the Celebration Choir.

Son Jason and his wife Aby are parents of three children, Parker, Caroline and Cooper.

Son Andy is married to Jenifer and they are parents of Aubrey and Barrett.

In her spare time Stewart enjoys baking. She is known to bake sour dough bread each week to give away.

“Billy Joe and I enjoy working in the yard and tending to our beautiful flowers,” she said. “We also have a small garden each summer.”

Stewart is a “walker” and spends 30 to 45 minutes trekking through her neighborhood.

Spending time with grandchildren is a priority as is making “Auburn memories” with friends and family.

A dream trip to the Swiss Alps would be nice.

Stewart says, “My favorite trip thus far has been to London, England. Touring churches and cathedrals was especially interesting.”

Stewart went on a trip to Boston with a group from church, which she says was also very special.

Marion Lynn and Billy Joe Stewart feel very blessed that their children and grandchildren are so close and say their family is their biggest blessing and accomplishment.