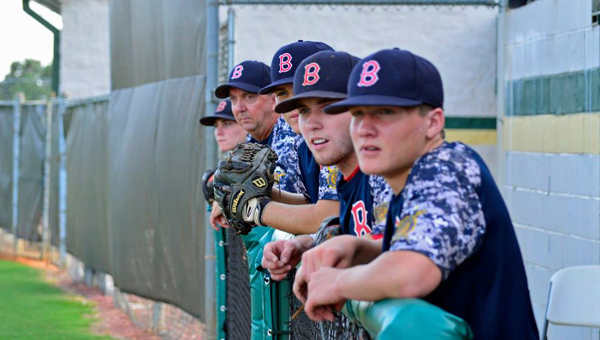 PELHAM— After a successful inaugural season, the American Legion Matthew Blount Post 555 Baseball program is looking for players for the 2016 summer season.

The program has grown significantly since last year, expanding from one team to at least three teams for the season, and Post 555 has programs for ages 13 to 19 and up.

“That’s significant growth in one year,” said Alan Phillips, director of Alabama American Legion Baseball.  “The post serves all of Shelby County pretty much, so we are trying to make sure that players, who are interested in playing over the summer, at least know about the opportunity to be a part of this program.”

Phillips explained there are various benefits to participating with American Legion Baseball, including being a part of one of the oldest organizations of youth baseball in the country.

In Alabama, Phillips said American Legion teams have been playing continuously since 1928.

He said, the program also gives students an opportunity to interact with veterans in a not for profit league with the goal of improving our young people within a positive, competitive environment.

“Sharing patriotism through baseball is one of the branches of the American Legion, so it’s very much an opportunity for these veterans to be a part of these young men’s lives who play baseball,” Phillips said. “It’s a win-win situation. The young men get a chance to meet these veterans and learn from them the sacrifices that they have personally made for our country’s freedom.”

The cost for playing with American Legion Baseball is also about 75 percent less per player than other travel and summer baseball programs, and Phillips said many college-level coaches come to tournaments, giving players additional exposure.

High school seniors who graduate in 2016 are encouraged to register for the 19U program.  The 19U team can advance to the American Legion World Series in Shelby, N.C., and players can appear on the ESPN television network.

Most of the games are located within the state.

“It’s beginning to grow,” Phillips said. “(It’s amazing) the absolute joy that these people have for American Legion. It is very much community based.”

For more information or to register, visit Alabamaamericanlegionbaseball.com or email albaseball@charter.net.

The University of Montevallo will hold a groundbreaking ceremony for Strong Hall on Wednesday, April 27 at 4:30 p.m. (File)... read more