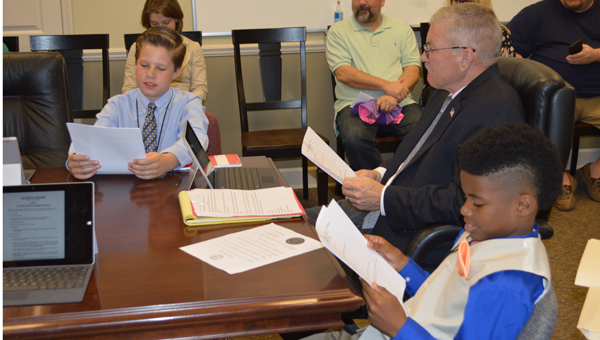 PELHAM— With construction and design work beginning at Pelham Park for the new middle school and the Pelham Recreation and Community Center, the City Council began discussions related to a new library at the May 2 meeting.

“We’ve been talking about a library for a long time,” said City Council President Rick Hayes. “Campbell and I were talking on the way in that we don’t want to do anything to possibly slow this down right now.”

Campbell provided the council with three architects to consider, including Goodwyn, Mills and Cawood, Inc., the organization that created the renderings for Pelham Park Middle School and the recreation center.

Campbell said they would also be able to utilize many items from the current library, such as shelving, staff desks and more, rather than purchasing all new furniture for the area.

“It’s a great opportunity where we sit right now,” Hayes said. “We get that opportunity to design without constraints, and figure out what we are trying to accomplish.”

The current library is about 13,350 square feet, and Campbell said previous discussions about the new library mentioned creating a space between 15,000 to 20,000 square feet, although nothing was official.

Councilmembers Beth McMillan and Maurice Mercer said they wanted to ensure they allotted enough space to expand the new library if need be, and to provide the current library more room than it has now.

Campbell said the library sees about 80 tutoring sessions at the library currently; so additional space and seating areas would be preferable. She said she’d like to also work with the Library Guild and the employees to determine features for the new building.

“One story has a lot of benefits, and I think there is some cost saving there, but a two-story done right could still be okay,” Campbell said. “I would say all of our stacks and most of our main service areas would need to be downstairs.”

She said she’d like to provide spacious parking for patrons and only one entrance and exit to the building.

Campbell has already started applying for grants to benefit the new library and said she would like to move forward and meet with an architect to begin the process.

“We’re really excited about the idea of it being near the middle school,” she said. “We envision the kids coming over after school and doing their homework. We could have programs and snacks for them some days… there’s a lot of things were could incorporate into what we are doing.”