INVERNESS – Authorities have identified and arrested a Birmingham woman on multiple charges related to an attempted purse-snatching incident in Inverness last month.

Cynthia Lyn Kuhn, 47, was charged with third-degree robbery and unlawful breaking and entering a vehicle after she allegedly tried to take a purse from a vehicle in the parking lot of Inverness Corners on May 26. 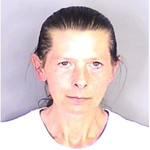 According to a Hoover Police Department press release, as the victim of the incident was returning to her vehicle, she saw “an unknown white female had opened the passenger side door and took her purse.”

The suspect dropped the purse and fled the scene in a silver Toyota 4Runner with damage on the rear driver’s side section of the vehicle, the release read. The victim and a witness provided a physical description of the suspect and the suspect’s vehicle.

In addition, one of the nearby retail stores provided video surveillance of the suspect’s vehicle, and partial information regarding its license plate was given.

The HPD posted the photo of the suspect’s vehicle and information on social media June 1 for help from the public in identifying the suspect.

With a tip submitted to Crime Stoppers of Metro Alabama and other pieces of information, the detective working the case followed leads and questioned persons of interest, eventually identifying Kuhn as the suspect and securing warrants from the Shelby County District Attorney’s Office for her arrest.

Kuhn was initially booked into the Hoover City Jail on June 3, but has been transferred to the Shelby County Jail, the release read.

“Once again, Crime Stoppers of Metro Alabama and the public’s help aided in the ability to identify and capture a suspect,” the release read. “Without these tools, we might not have been able to close a case which otherwise might have gone cold.”

Unlawful breaking and entering a vehicle and third-degree robbery are Class C felonies.